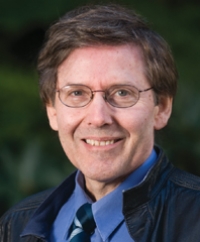 Dr. Kriegstein received a BS from Yale University (1971), and MD and PhD from New York University (1977).  He completed Neurology Residency at the Brigham and Women’s, Children’s, and Beth Israel Hospitals, Boston, and is a board-certified clinical neurologist. He has held academic appointments at Stanford, Yale, and Columbia before joining UCSF in 2004. In 2001 he was named the John and Elizabeth Harris Professor of Neurology and became the founding Director of the Neural Stem Cell Program at Columbia University. Dr. Kriegstein is currently the John Bowes Distinguished Professor in Stem Cell and Tissue Biology and Founding Director of the Eli and Edythe Broad Center of Regeneration Medicine and Stem Cell Research at UCSF. He was elected a member of the National Academy of Medicine in 2008. Dr. Kriegstein’s research focuses on the stem cell niche and ways neural stem and progenitor cells produce neurons in the developing brain. He is particularly interested in human cortical development, brain evolution, and neurodevelopmental disease.