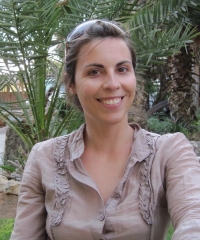 Brenna Henn began her Ph.D. research by studying the deep population structure and complex migration patterns of African hunter-gatherer groups. She continues to be interested in diverse, indigenous populations from around the world who harbor genetic (and linguistic and phenotypic) variation that is often absent or overlooked in regularly studied populations. Dr. Henn committed to understanding genetic diversity in under-represented populations and, based on the last decade of genetic research, hypothesize that the determinants of phenotypic traits and disease in these populations may be influenced by alleles that are population-specific or generally rare. Motivated by her prior Ph.D. (2009) training in anthropology and evolutionary genetics, she aims to approach questions of genetic and phenotypic diversity from an interdisciplinary standpoint. Many features of human form and behavior have a genetic and evolutionary basis. However, common human traits like skin pigmentation, height, and disease resistance have seldom been approached through evolutionary genomics and fieldwork of diverse populations. Her long-term objective as an independent investigator is to extend trait mapping and evolutionary genetic techniques to identify loci associated with biomedical traits in diverse populations where collection of large cohort sizes remains challenging. The Henn Lab currently maintains several field sites across southern Africa spanning a wide variety of ethnic groups. In January 2013, Dr. Henn joined the Dept. of Ecology and Evolution (Stony Brook, SUNY) as an assistant professor, with joint appointments to the Graduate Program for Genetics and Interdepartmental Doctoral Program in Anthropological Sciences.