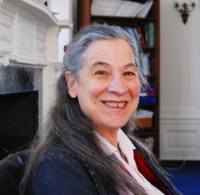 Carol R. Ember is president of the Human Relations Area Files at Yale University. Previously she served as executive director from 1996 to 2009. She is also the editor of the journal Cross-Cultural Research, the past-president of the Society for Anthropological Sciences, and a fellow of the American Association for the Advancement of Science. She has served as president of the Society for Cross-Cultural Research and co-directed the Summer Institutes for Comparative Anthropological Research, which were supported by the National Science Foundation. Most of Ember’s research career has been devoted to cross-cultural research on variation in marriage, family, kin groups, gender roles, predictors of war and other forms of violence. She is interested in research that integrates the fields of anthropology as well as anthropology with other disciplines. She and Melvin Ember also wrote a primer on how to do cross-cultural research, Cross-Cultural Research Methods (AltaMira Press, 2009), now in its 2nd edition.