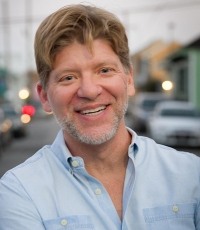 Daniel Povinelli is a professor of biology at the University of Louisiana at Lafayette. Dr. Povinelli received his undergraduate degree from the University of Massachusetts at Amherst and his doctorate in physical anthropology from Yale University. His primary research interests are in characterizing the evolution of higher-order cognitive functions in the great ape/human clade. He is the recipient of a National Science Presidential Young Investigator Award, The American Psychological Associations’ Distinguished Award for an Early Career Contribution to Psychology, and a James S. McDonnell Foundation Centennial Fellow Award. His latest book is The Aesop’s Fable Paradigm: An Unlikely Intersection of Folklore and Science (2021, with K.B. Barker).