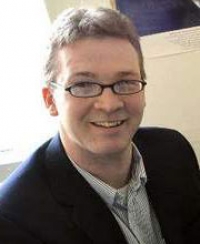 Jeremy DeSilva is an assistant professor in the Department of Anthropology at Boston University. He is a functional morphologist, interested in reconstructing the locomotor habits of the earliest apes and early human ancestors (hominins). His particular anatomical expertise is the evolution of the human foot and ankle and has contributed to the on-going debate of Australopithecine locomotion. Most recently, he has helped describe the foot and ankle bones of the new species, Australopithecus sediba. He has also developed a method for inferring the size of the brain at birth in extinct humans and other primates, thus allowing more reliable inferences concerning labor and its constraints on the anatomy and evolution of the pelvis. Dr. DeSilva has studied climbing in a wild population of chimpanzees in the Kibale National Park, western Uganda.