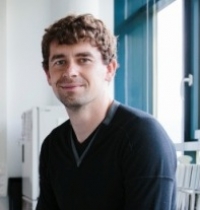 Johannes Krause focusses on the analysis of old to very old DNA using the DNA sequencing. His research interests include pathogens from historical epidemics, as well as human evolution.  He also contributed to the deciphering of the genetic heritage of Neanderthals, and managed to prove that Neanderthals and modern humans share the same language gene ( FOXP2). In 2010, while working at the Max Planck Institute for Evolutionary Anthropology in Leipzig, he discovered the first genetic evidence of the Denisovans, a stone-age primeval Homo species from Siberia. With his work on the evolution of historical infectious diseases, he was able to demonstrate that most of today's plague pathogen originated in the Middle Ages.

Johannes Krause is a collegiate of the Heidelberg Academy of Sciences and was awarded the AAAS Newcomb Cleveland Prize.