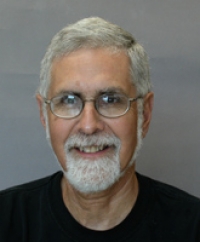 John D. Speth holds an Arthur F. Thurnau (Emeritus) Professorship for Outstanding Contributions to Undergraduate Education; he is also Emeritus Professor of Anthropology in the Department of Anthropology and Emeritus Curator of Archaeology in the Museum of Anthropological Archaeology at the University of Michigan (Ann Arbor). He served as director of the Museum of Anthropology from 1986 to 1989 and as the Museum’s associate director from 2006 to 2008. Dr. Speth completed his B.A. in geology at the University of New Mexico (1965), and his M.A. (1968) and Ph.D. (1971) in anthropology at the University of Michigan. Dr. Speth studies hunter-gatherers, past and present, New World and Old World. He is interested in the evolution of forager diet, subsistence practices, and food processing technologies and, more specifically, in the ways that hunter-gatherers cope with seasonal and inter-annual unpredictability in their resources. He also is exploring Neanderthal hunting strategies in the Near East. Dr. Speth served for more than 25 years as secretary-treasurer for the Irene Levi-Sala CARE Archaeological Foundation for Prehistoric Research in Israel. In the past, he has been a member of the executive board of the Society for Ethnobiology, member of the National Science Foundation Archaeology Panel, member of the editorial board of Annual Review of Anthropology and Before Farming, member of the U.S. National Committee for the International Union of Quaternary Research (USNC/INQUA), and member of the executive committee of the Society for American Archaeology (SAA). His most recent books, both published by Springer, are The Paleoanthropology and Archaeology of Big-Game Hunting: Protein, Fat, or Politics? (2010) and Zooarchaeology and Modern Human Origins: Human Hunting Behavior During the Later Pleistocene (2013, co-edited with Jamie L. Clark). His recent papers on the evolution of human foodways include “When Did Humans Learn to Boil?” (2015) and "Putrid Meat and Fish in the Eurasian Middle and Upper Paleolithic: Are We Missing a Key Part of Neanderthal and Modern Human Diet?" (2017), both in PaleoAnthropology, and "Neanderthals, Vitamin C, and Scurvy" (2019), in Quaternary International.