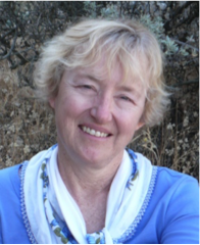 Mary C. Stiner is a Regents' Professor of Anthropology in the School of Anthropology, at the University of Arizona, Tucson. She is also an associate curator of zooarchaeology at the Arizona State Museum. She conducts archaeological research on human ancestors, paleoeconomics, and social evolution. She is particularly interested in the ever-changing relationship between human societies and Eurasian ecosystems, and she has conducted archaeological fieldwork in Italy, Israel, Turkey, Portugal, Greece, and France. She publishes on a wide range of periods and topics in Paleolithic archaeology, hunter-gatherer ecology, predator co-evolution, the transition from foraging to early village societies, and the early evolution of art as media for visual communication. Her technical specialties include zooarchaeology and taphonomy.