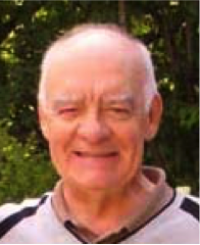 Merlin Donald is an emeritus professor of psychology at Queen's University (Kingston, Ontario, Canada). A cognitive neuroscientist with a background in philosophy, he is the author of many scientific papers, and two influential books: Origins of the Modern Mind: Three Stages in the Evolution of Culture and Cognition (1991), and A Mind So Rare: The Evolution of Human Consciousness (2001). He is a Fellow of the Canadian Psychological Association, the Royal Society of Canada, and the World Academy of Art and Science. Donald’s theoretical work on human cognitive evolution bridges several disciplines in the sciences, social sciences and humanities. His central thesis is that human beings have evolved a completely novel cognitive strategy: brain-culture symbiosis, and distributed cognition. As a consequence of this evolutionary strategy, the human brain cannot realize its design potential unless it is immersed in a distributed communication network, that is, a culture. The human brain is, quite literally, specifically adapted for functioning in a distributed cognitive system.