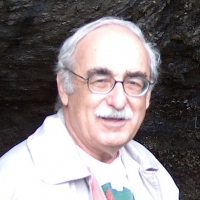 Ofer Bar-Yosef (1937-2020) was the George G. and Janet G.B. MacCurdy Professor of Prehistoric Archaeology in the Department of Anthropology at Harvard University. He excavated Palaeolithic and Neolithic caves and open-air sites in Israel, Sinai (Egypt), Turkey, Czech Republic, Republic of Georgia, and China. His main interests and the subjects of his publications incorporated the evidence for early human dispersals into Eurasia, the demise of the Neanderthals, first archaic and modern humans in Asia, late Ice Age foragers, and the emergence of the earliest agricultural systems in the Near East (western Asia) and China where he was still involved in fieldwork until his death in 2020.