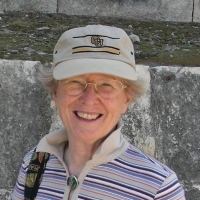 She has recently started a project on evolutionary changes in Neandertal lithic technology in Central Italy, together with Italian colleagues. The project is funded by the National Science Foundation and the Leakey Foundation. Her research in South Africa and Italy has been published in Proceedings of the National Academy of Science USA, Journal of Archaeological Science, Science, Journal of Anthropological Research, PLOS ONE and Journal of Human Evolution.