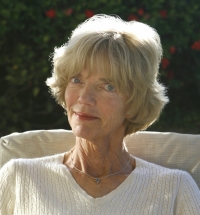 Patricia Churchland is Professor Emerita of Philosophy and former chair of philosophy at UC San Diego, as well as adjunct professor at the Salk Institute. She holds degrees from Oxford University, the University of Pittsburg and the University of British Columbia. For decades, Dr. Churchland has contributed to the fields of philosophy of neuroscience, philosophy of the mind and neuroethics. Her research has centered on the interface between neuroscience and philosophy with a current focus on the association of morality and the social brain.  She has been awarded the MacArthur Prize, The Rossi Prize for Neuroscience and the Prose Prize for Science.  She has authored multiple pioneering books, her most recent being Touching a Nerve: The Self as Brain (2013).  She has served as President of the American Philosophical Association and the Society for Philosophy and Psychology.