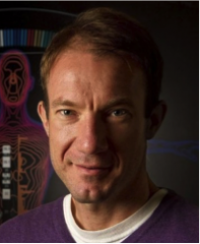 Richard “Ed” Green is an assistant professor of biomolecular engineering, Baskin School of Engineering, UC Santa Cruz. Professor Green was born and raised in Atlanta, Georgia. He graduated from the University of Georgia in 1997 with a B.S. in genetics. He was a Peace Corps volunteer in Barentu, Eritrea in 1997 and 1998, teaching Math & Physics. He took his Ph.D. from the University of California, Berkeley in 2005. His advisor was Steven Brenner with whom he co-authored 14 papers on a wide-variety of computational biology subjects. In 2005, he joined Svante Paabo’s group at the Max Planck Institute for Evolutionary Biology as an NSF Postdoctoral fellow in Bioinformatics. There, he helped form and lead the Neandertal Genome Sequencing Consortium that sequenced the genome of our closest extinct relative from DNA recovered from 38,000 year old bones. This paper won the Newcomb Cleveland Prize for the best paper in the journal Science for 2010. Since 2010, Ed has been an Assistant Professor of Biomolecular Engineering at the University of California, Santa Cruz. He is a Kavli Scholar, a Searle Scholar, and a Sloan Research Fellow. His current research program is generally involved in using genomics to answer fundamental biological questions.