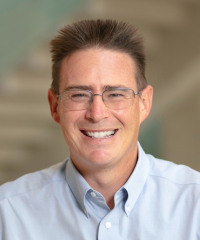 Rob Knight is the Director of the Center for Microbiome Innovation at UC San Diego, where he is a Professor of Pediatrics, Bioengineering, and Computer Science & Engineering. He co-founded the Earth Microbiome Project, and the American Gut Project, which is among the largest crowdfunded science projects of any kind to date. He has spoken at TED, written three books and over 700 scientific articles, and in 2017 he won the Massry Prize, often considered a predictor of the Nobel. He was honored with the 2019 NIH Director’s Pioneer Award for his microbiome research. His work combines microbiology, DNA sequencing, ecology and computer science to understand the vast numbers of microbes that inhabit our bodies and our planet.