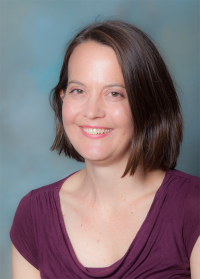 Teresa Steele is Professor of Anthropology at UC Davis and a paleoanthropologist who studies the later phases of human evolution – the emergence and evolution of people who were behaviorally and anatomically like recent humans. Her research focuses on why some of these human populations spread out of Africa about 50,000 years ago and were able to replace the Neandertals in Europe. She is particularly interested in the origins of recent human cultural abilities and the relationship between changes in technology, subsistence, and demography. She studies the mode and tempo of human behavioral evolution during this time through zooarchaeology – reconstructing human subsistence and ecology through the patterns of variation found in animal bones and mollusks preserved in archaeological sites. She conducts research in South Africa, Morocco and France.