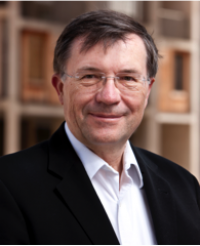 Terrence Sejnowski is a Howard Hughes Medical Institute Investigator and professor and director of the Computational Neurobiology Laboratory at The Salk Institute. He is also professor of biology and an adjunct professor of physics, neurosciences, psychology, cognitive science, and computer science and engineering at UC San Diego. He is director of the Institute for Neural Computation and director of Training Programs in Cognitive Neuroscience and Computational Neurobiology at UC San Diego and serves on the CARTA External Advisory Board. The goal of his research is to build linking principles from brain to behavior using a combination of theoretical and experimental approaches ranging from the biophysical to the systems level. He is founding editor of Neural Computation and President of the Neural Information Processing Systems Foundation. He is a past recipient of the Presidential Young Investigator Award, and was Wiersma Visiting Professor of Neurobiology and a Sherman Fairchild Distinguished Scholar at the California Institute of Technology, and is a fellow of the Institute of Electrical and Electronic Engineers. With Patricia Churchland, he co-authored The Computational Brain (Bradford Books, 1992). He was elected to the Institute of Medicine in 2008, to the National Academy of Sciences in 2010, and to the National Academy of Engineering in 2011. He is one of only ten living persons to be a member of all three national academies.