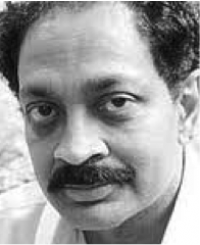 V.S. Ramachandran is Director of the Center for Brain and Cognition and a distinguished professor with the psychology and neurosciences programs at UC San Diego, as well as an adjunct professor of biology at the Salk Institute. Ramachandran initially trained as a doctor from Stanley Medical College, India, and subsequently obtained a Ph.D. from Trinity College at the University of Cambridge. Ramachandran’s early work was on visual perception, but he is best known for his experiments in behavioral neurology, which despite their apparent simplicity, have had a profound impact on the way we think about the brain. Ramachandran has published over 180 papers in scientific journals (including five invited review articles in Scientific American). His awards and honors include fellowships at All Souls College, Oxford and Stanford University; The Henry Dale medal awarded by the Royal Institution, which also elected him honorary life member; the CU Ariens Kappers medal from the Royal Nederlands Academy of Sciences; and awarded India's third highest honorific title "Padma Bhushan" by the president of India. He gave the annul BBC Reith Lectures in the UK and the Gifford Lectures in Glasgow. In 2011, TIME Magazine named him one of the 100 most influential people in the world.