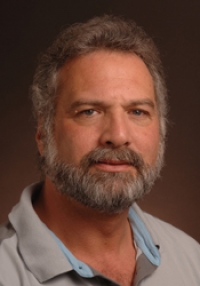 William "Bill" Kimbel (d. 2022) was a renowned paleoanthropologist specializing in Plio-Pleistocene hominid evolution in Africa. He received his Ph.D. from Kent State University. He was Associate Curator and Head of Physical Anthropology at the Cleveland Museum of Natural History (1981-1985) before joining the Institute of Human Origins (IHO) in Berkeley, California, in 1985. In 1997, IHO relocated to Arizona State University, where Kimbel served as its Director and Virginia M. Ullman Professor of Natural History and the Environment in the School of Human Evolution and Social Change. For more than 25 years, Kimbel conducted research on Australopithecus and early Homo in Africa; Neandertals in the Middle East; the evolution of hominin skull form and function; and concepts of biological systematics as applied to paleoanthropological problems. From 1990, he co-directed or directed research at the Hadar hominin site in the Afar region of Ethiopia. Kimbel was elected Fellow of the American Association for the Advancement of Science in 2005.