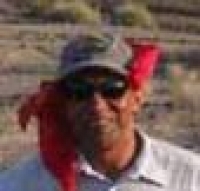 Dr. Haile-Selassie is an Ethiopian paleontologist. He is now curator and head of physical anthropology at the Cleveland Museum of Natural History. Haile-Selassie first worked with the Middle Awash team as a student and did his dissertation research in the study area. After receiving his Ph.D. from the University of California, Berkeley, he started his own project, north of the Lucy site in the Afar. Dr. Haile-Selassie has discovered many important fossils, including the first fragments of the Aramis Ardipithecus ramidus skeleton in 1994. He later discovered the earliest hominid species, Ardipithecus kadabba, in 1997. Ardipithecus kadabba's remains are dated between 5.6 and 5.8 million years ago, and Dr. Haile-Selassie's analysis of them are published in a 2009 book with the University of California Press.

Areas of specialization or interest:
Paleoanthropology, vertebrate paleontology with particular emphasis on the Late Miocene faunal evolution in East Africa, and Late Miocene paleobiogeography and paleoecology.

Current research:
Continuing paleoanthropological field research in Ethiopia’s Afar Rift region on sites discovered by air, foot and vehicle surveys conducted in 2002 and 2003. Continuing to participate in the ongoing Middle Awash Research Project in Ethiopia, which is directed by Museum Research Associate and University of California, Berkeley, professor of integrative biology Dr. Tim White. Writing a monograph on the Late Miocene vertebrate fauna from the Middle Awash of the Afar region in Ethiopia.