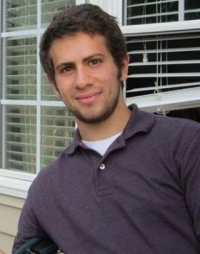 Landon Klein is a graduate student in neuroscience in the lab of Dr. Mark Geyer at UC San Diego.  His research explores the obscure topic of hallucinogens, which have been used for thousands of years in ritualistic/religious, therapeutic, and recreational contexts to produce profound alterations in consciousness. Nonetheless, we understand remarkably little about how these substances produce their characteristic perceptual effects.  He is investigating the mechanism of hallucinogen action from multiple angles. Using various animal models, Klein probes the neurochemical events and neural circuitry involved in specific hallucinogen-mediated behaviors, while simultaneously characterizing the relationship between the chemical structure of a compound and its potential to produce hallucinogenic effects.  A well-documented effect of hallucinogens is their propensity to dramatically alter the perception of time, but the neural circuitry underlying this effect is unclear. Unraveling the complex circuitry responsible for the disruption of time perception by classical hallucinogens (i.e. LSD, mescaline, psilocybin, etc.) is thus a major emphasis of his research. Given the ability of these substances to produce radical changes in consciousness, elucidating the mechanisms responsible for their effects may reveal new insights fundamental to understanding the human conscious experience.