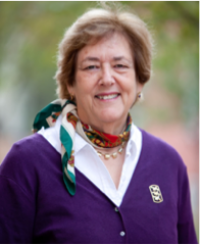 Alison S. Brooks is a professor of anthropology and international affairs at the George Washington University and a founding member of the Center for the Advanced Study of Hominid Paleobiology (CASHP). In addition, she is a research associate in the Human Origins Program at the National Museum of Natural History, Smithsonian Institution, a visiting researcher at Harvard University and a fellow of the American Academy of Arts and Sciences. She received her PhD from Harvard in 1979 for research on the initial Upper Paleolithic occupation of Western Europe. As the origins of these first “anatomically modern” Europeans clearly lay outside that continent, her fieldwork has explored the Pleistocene prehistory of multiple African countries. These include Botswana, where she studied the lifeways of San hunter-gatherers and documented their long-term history, Zimbabwe, D.R. Congo, Ethiopia, Kenya, Tanzania and South Africa. Her African work focuses on defining and dating the Middle Stone Age of Africa and understanding both cultural diversification within Africa and the cognitive and behavioral transformations that led to the expansion of our species throughout the world. She was instrumental in developing chronometric techniques for sites that are too old for radiocarbon, and in documenting the oldest evidence for fishing technologies and projectile weapons, as well as early evidence for the expansion of social networks and symbolic behavior, and the first evidence that starch grains were preserved in the dental calculus of fossils from Africa, the Near East and Europe, allowing us to reconstruct the plant segment of their diets. She is co-editor of The Encyclopedia of Human Evolution and Prehistory and her scholarly papers include “The Revolution That Wasn’t: A New Interpretation of the Origin of Modern Human Behavior” with Sally McBrearty in the Journal of Human Evolution (2000).