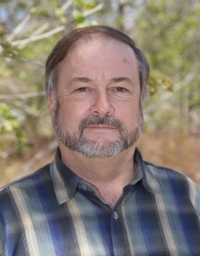 Oliver A. Ryder is the Kleberg Endowed Director of Conservation Genetics at the San Diego Zoo Wildlife Alliance. He is an adjunct professor in the Section of Evolution, Behavior and Ecology of the Division of Biology at UCSD and in the Department of Biology at San Diego State University. For many years he directed the development of the Frozen Zoo®, a unique biological resource collection, founded by the late CARTA Member Kurt Benirschke.

He oversees conservation research and strategic initiatives in biodiversity characterization, conservation, and genetic rescue. His research interests include chromosomal evolution, comparative genomic studies, especially as they apply to conservation efforts, the genetic basis for mammalian adaptation, and strategic planning for conservation of biological diversity focused on intraspecific genetic variation, and genetic rescue using cellular technologies. He serves on numerous consultative committees for conservation of a variety of animal taxa (including apes), conservation breeding efforts, genetic resource banking, and zoological systematics for national and international wildlife agencies and NGO's. He is an AAAS Fellow, past President and Executive Vice President of the American Genetic Association, and one of three co-founders of the Genome10K initiative.

He has contributed key studies relevant to conservation management efforts for gorillas, California condors, African rhinos, Przewalski’s horses, Anegada iguanas, and numerous other species.  He has been a leader in developing studies that link conservation efforts for small managed populations, such as are held in zoos, with larger landscape scale efforts for wild populations.  His TEDx talk on YouTube introduced a major current project on genetic rescue of the northern white rhinoceros.

Dr. Oliver Ryder introduces his talk "Loss of Species, Loss of Genetic Variation, and the Future of Earth’s Biota" for "Humans: The Planet-Altering Apes" in May 2022.