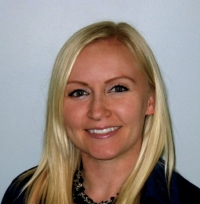 Veronica Searles Quick is in the Psychiatry Residency Training Program at UCSF. She received her MD (2017) and PhD (2015) in Human Medical Genetics and Genomics from the University of Colorado. She graduated from Brown University in 2007 with a Bachelor of Science in Marine Biology and Bachelor of Arts in International Relations. From 2007 to 2008 she conducted research at Brown University studying genetic variations associated with suicidal behavior in adolescents and addiction risk. From 2008 to 2010 she worked at Stanford University researching population genetics and structure among global coral reef populations, and taught family science courses with the Monterey Bay Aquarium. At the University of Colorado she conducted research examining the phenotypic implications of copy number variations in chromosome 1q21 and DUF1220 protein domains as part of her doctoral thesis work in the Human Medical Genetics and Genomics Program. She has also conducted research in rural and urban suicide epidemiology, seasonal patterns to suicidal behavior, and opioid prescription rates correlating with intentional overdose. In addition to her degree-seeking responsibilities she served on the Latin American Publication Initiative for Scholars editorial board through the Center for Global Health at the University of Colorado, and taught in a variety of subjects at the primary school through graduate levels of coursework. She continues to be involved in research in psychiatric genomics, as well as in emergency psychiatry and psychiatry resident training, and concurrently works in advocacy and leadership projects at UCSF.